Google Has just released their New Core Update called “June Broad Core Update” and we have seen some huge shakeups in the search results.

In the June Broad Core Update, Google did something that they do on rare occasion. They actually pre-announced about the update over twitter. 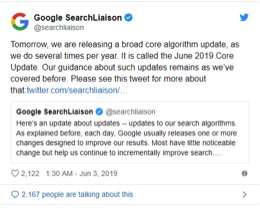 On 3rd of June 2019, Google made an announcement that June Core Update Has officially gone live. 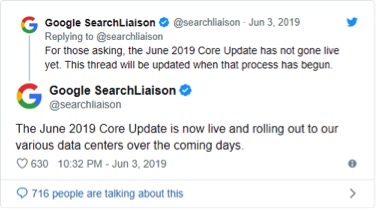 We all know that Google typically doesn’t pre-announce about their algorithm updates. But when they pre-announced this update there were rumors that this update will be Big like Panda.

But, Danny Sullivan from Google published an update and made it clear that this update is not particularly big or special. 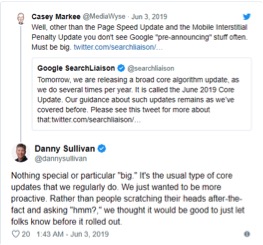 Despite what Danny Sullivan has commented, The SEO Data shows that this update actually made some significant effects.

On 8th of June Danny updated on twitter that the core update has finished rolling.

Another interesting news is Google also rolled out its “Diversity Update” along with June Core Update. But that was done silently and without any notification.

This update tends to diversify the search results so that the same domain doesn’t appear more than twice in a single search query results.

But, what was actually targeted by The June Core Update?

As per the Analysis of different website traffic and rank changes suggest that this update might be similar to the March 2019 Core Update, Which made large shakeups in several niches categorized as YMYL like health, finance, etc.

This is something similar which we observed in the other core updates like Google Medic.

With all that said, Google has specifically made it clear that this is a broad update and is not intended to target any specific website or niche in particular.

After the update went life, there have been many industries observation about the update.

Did Google reverse its March 2019 Core Update with this?

Marcus Tober from the SearchMetric reported in a recent SEL article that, ” my initial analysis is that some part of the core update from March were reverted with this update”

He also added that ” It seems though that Google has changed some factors to the brand/authority too much and this is why they reverted it. Especially in the Medical niche like webmd.com that lost and gained back their visibility. “

We all know that Google has a history of rolling back the dials that are made by them. Right now it looks like Google is trying to fine-tune their last update and with each core update, there are winners and losers.

For example, in the last core update which was done in March 2019, Search metrics data pointed out that many of the losers have bounced back. 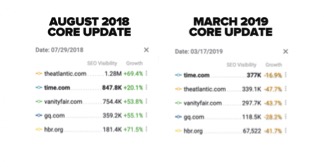 There were multiple websites that experienced a huge increase into their traffic one day and just lost it the next day. It looks like Google was testing the waters:

Google has specifically said that with these core updates rolling out, You may start receiving less traffic but there is nothing to change or fix into your website.

This may be because Google is experimenting with the search results to match at a different search intent.

For example, In the past, we’ve witnessed websites that has a specific health-related supplement page has seen an increase in rank for the same supplement name.

Then Google simply changes the type of content that will rank from sales pages to informative content.

For example, Now when you search “creatine” – Google will not display the product page in its organic ranking but it will display the articles that provide information about the product.

By doing this, Google is trying to provide its users with more information before they purchase the supplement.

If you have lost your traffic because of this change, you can try and win back the traffic by trying to rank the content that actually provides information to the user.

We’ve personally gained a lot of success for the e-commerce websites by creating a blog content that links to their products page.

This might sound crazy, but Getting less search traffic may not be actually a bad idea in all cases.

For Eg. This is a page about how to shoot a video for youtube and right around this update, this page suddenly jumped up and then started to decline the rankings, which on the first hand looked really bad.

But once you drill down, you will see that this page is briefly ranked for the keyword “shooting youtube” which has 106,000 searches per month.

But if you will go and search “youtube shooting” right now, Google is now displaying results about an actual gun shooting on youtube.

So that’s clear that, if users are looking for a news story, losing out the traffic for these keywords might not be bad – because those visitors will just bounce back.

We know Google always experiment with this type of changes, So try not to jump up to the conclusion before you do a drill down!

If your website has been hit by this update, the first thing that we will like to point out is how much does the SERP are fluctuating. We have seen a clear example of how a same site is losing and winning with each of Google Update. So wait for the next update.

With all said, this is how you can analyze your website about changes.

Don’t just look at whole traffic of your website, drill down and try to understand what pages are losing the traffic and for which keyword they are losing it. If you have Google Search Console installed on your website you can use that or can check with Ahrefs.

This will simply help you to identify which keyword and pages are losing the traffic.

You should always remember one thing, that if something is dropping the ranks and traffic. Something else might me Going up.

Search the keywords that you’re dropping your ranks on and try to understand what kind of content is Google ranking now and update your content accordingly.

Now it’s time for some non-SEO advice, Every update like this is a good chance if you want to diversify your traffic. We’re an SEO company in India, but we’re big fans for multi-channel marketing.

The June 2019 Core Update has shaken the SERPS.

If you are affected we will advise you to drill down your website and investigate what actually is happening with your website. Along with that don’t forget to check what type of content Google is displaying and compare your content with it.

Advanced SEO Tools by WordPress.com: A set of useful tools for beginners 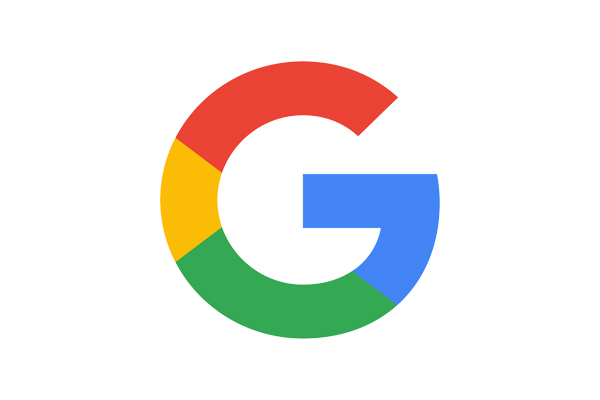